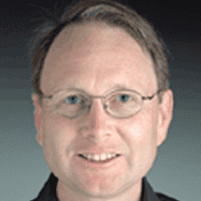 The fleshy, discolored flaps of skin on your body known as skin tags can not only be unsightly; they can cause irritation, tear, and even bleed. At his clinic in Williamstown, Massachusetts, Stephen Payne, MD offers a variety of high-quality medical treatments, including skin tag removal for men and women of all ages. To restore the appearance of your skin and eliminate the nuisance of a skin tag, call Dr. Payne or schedule an appointment online.

What is a skin tag?

A skin tag is an extra pouch of soft skin that hangs from your body by a thin strand of tissue called a peduncle. Skin tags are usually smaller than two millimeters but can grow several centimeters in size, and sometimes appear wrinkly and asymmetrical.

Skin tags often show up where there’s friction, either from skin rubbing against skin or from your clothing. They can appear anywhere on your body but are most common in areas such as:

Because friction is a leading factor in skin tag formation, they are more common among people who are overweight or obese.

What causes a skin tag?

Skin tags aren’t present at birth, and their exact cause isn’t known. However, they're common in both men and women who are middle-aged or older, with the risk of developing skin tags increasing significantly at the age of 50.

Additional causes of skin tags include:

Skin tags can be darker than surrounding skin and may turn black from disrupted blood flow, but they aren’t cancerous. They’re typically painless, but skin tags can be uncomfortable depending on their location. This is especially true if they catch on clothing or skin, which can cause tearing and bleeding.

How are skin tags treated?

Skin tags don’t require treatment unless they cause irritation or are an aesthetic issue.

During your physical exam, Dr. Payne evaluates your skin tag to confirm that it isn’t another skin condition such as a mole, benign skin growth, or wart.

To remove your skin tag, Dr. Payne administers local anesthesia to numb the area and then removes the excess tissue with surgical scissors, a blade, or by freezing it off with liquid nitrogen.

Skin tag removal requires no downtime and permanently removes this growth. With that being said, other skin tags can still develop in the area later on.

To learn more about skin tags and procedures for their removal, call Stephen Payne, MD, or schedule an appointment online.